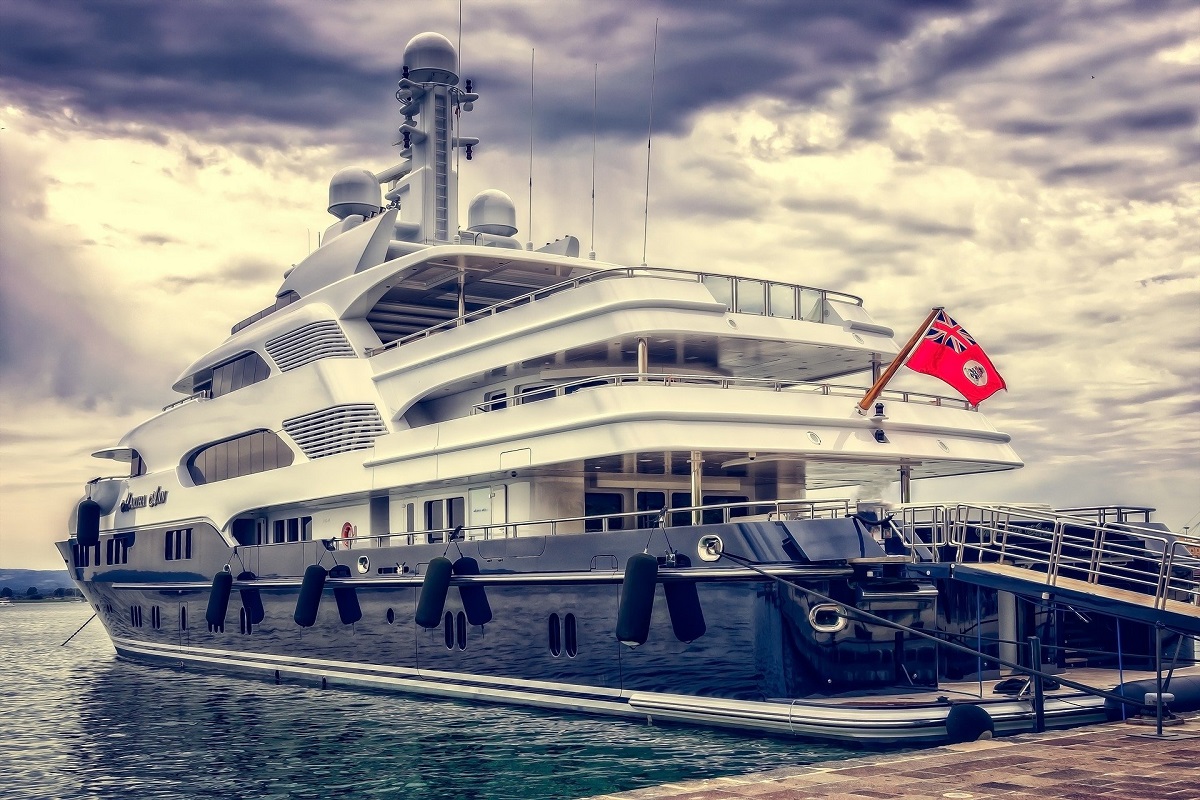 This year will mark the 32nd edition of the Monaco Yacht Show (MYS), which takes place from Wednesday 28th September to Saturday 1st October 2022 at Port Hercule in Monaco.

Yachting’s flagship event provides all the various sectors of the luxury yachting industry with the opportunity to showcase their products, services and new innovations. Potential buyers are able to visit several yachts in a day, compare them, meet the designers and get the opportunity to have discussions with brokers and shipyards.

For the last 32 years, Monaco has hosted the biggest display of superyachts in the world, featuring over one hundred boats with an average length of 49m, and this year the 2022 Monaco Yacht Show will give players in the luxury yachting industry the chance to get together and meet with private clients to discuss current and future market trends in the industry.

Image by Peter H from Pixabay 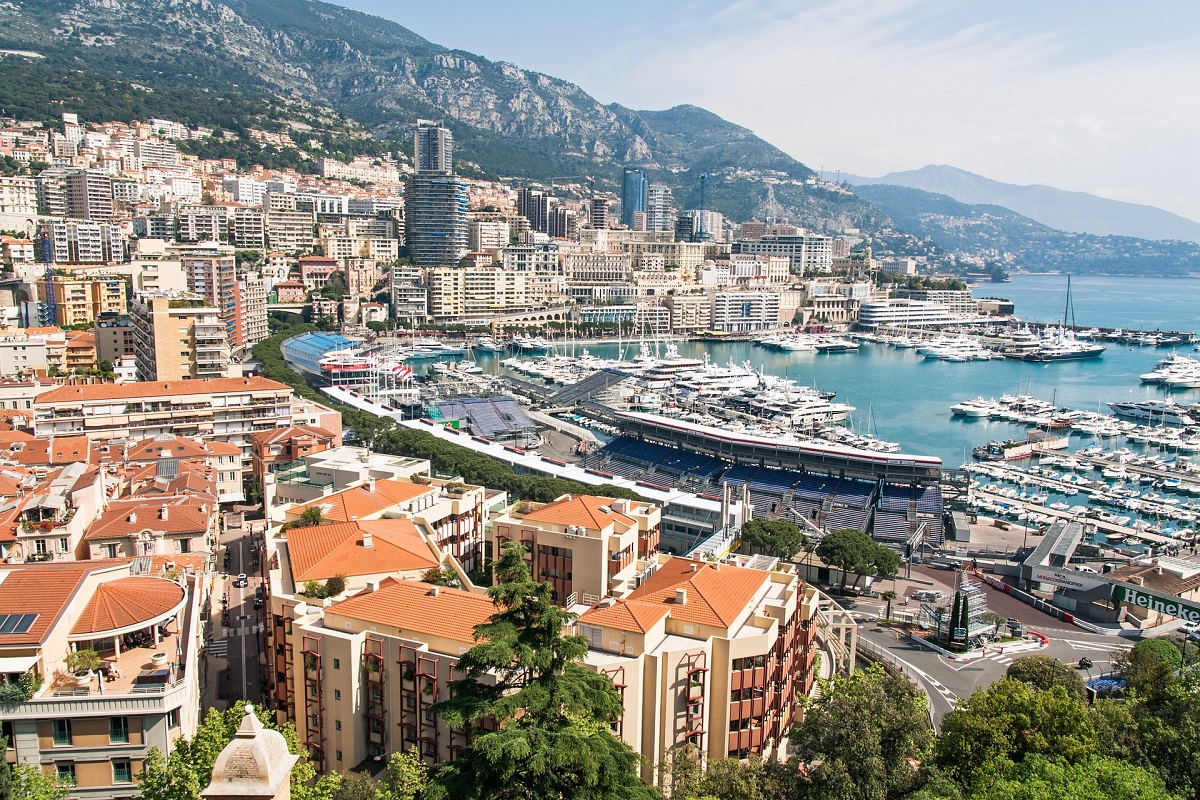 Following an action packed Spanish Grand Prix last weekend which saw Charles Leclerc lose a dominant lead due to a power unit issue and see his main title rival Max Verstappen win with a Red Bull one-two, the Formula 1 teams head to Monaco for this weekend’s Monaco Grand Prix, the jewel in F1’s crown, which takes place on Sunday 29th May.

This iconic race circuit around the streets of Monaco is 3.337 km in length and with a race that is 78 laps long, the cars will have driven a total distance of 260.286 km by the time they cross the finish line.

The Monaco Grand Prix is one of motorsport’s oldest events in the motor racing calendar and was first run in 1929. It was in 1950 that it became part of Formula 1’s inaugural World Championship season. It has only been absent from the schedule on four occasions during Formula 1’s 72-year history.

The circuit is notoriously difficult to overtake on with its demanding layout winding itself around the narrow streets of Monaco’s Principality, perched along the pretty French Riviera. The Circuit de Monaco remains still largely similar to the layout first run on the circuit 93 years ago, with the 3.3 km track passing by landmarks such as the Hotel de Paris, Casino de Monte-Carlo and the iconic Port Hercule, filled with large superyachts.

Getting a good track position in qualifying is all important at Monaco as passing is almost impossible with the tight barriers either side of the track which can quickly bite any driver who oversteps the limit.

And while the Circuit de Monaco maybe the shortest and slowest on the Formula 1 calendar it is still among the most frenetic and prestigious.

Last year Max Verstappen snatched victory away from local hero Charles Leclerc. It should have been Ferrari’s day when Leclerc took pole position. But it was not to be, as Leclerc failed to even take the start having suffered a driveshaft issue putting an end to his hopes of a Monaco victory. Will Leclerc win Monaco this year?

Image by CandyGuru from Pixabay

Lewis Hamilton secured his 100th pole position and claimed his third win in four races this weekend at the Spanish Grand Prix.

However, the next round of the 2021 FIA Formula One World Championship returns to Monte-Carlo for the Monaco Grand Prix on the weekend of 20th to 23rd May. The last time the Formula 1 teams raced at the Principality was back in 2019, as the pandemic caused the race to be postponed last year.

The Monaco Grand Prix actually predates the current World Championship. The first Grand Prix held in the principality was organised by Antony Noghès in 1929 through the Automobile Club de Monaco under Prince Louis II, who was president of the club at the time.

The first race was actually held on 14th April 1929 and was won by William Grover-Williams driving a works Bugatti Type 35B. The race itself was an invitation-only event, but not all of those invited attended.

Monaco is of course the race that all the drivers want to win, being the jewel in the F1 crown. Will Lewis Hamilton be able to triumph and make it three wins in a row or will Max Verstappen take his first Monaco Grand Prix win? Or perhaps a resurgent Ferrari and Charles Leclerc will give the Italian team a much needed and well deserved win?

Whatever the outcome of the race, it is sure to be a spectacular weekend filled with supercars and superyachts overlooking the race from the harbour.

Images by Michael4Wien from Pixabay

This year will make the 30th edition of the Monaco Yacht Show (MYS), which, at the time of writing, is still scheduled to take place from Wednesday 23rd to Saturday 26th September 2020 at Port Hercule in Monaco.

The current fluctuating situation with the COVID-19 pandemic means that trying to organise events has proved incredibly difficult this year and for the foreseeable future and of course the safety of organisers and visitors have to be the top priority.

That said, MYS very much wants to support the yachting industry and therefore it is hoped this year’s event will be able to go ahead in September as the show provides all the various sectors of the luxury yachting industry with the opportunity to showcase their products, services and new innovations. Potential buyers are able to visit several yachts in a day, compare them, meet the designers and get the opportunity to have discussions with brokers and shipyards.

For the last 30 years, Monaco has hosted the biggest display of superyachts in the world, featuring over one hundred boats with an average length of 49m, and this year the 2020 Monaco Yacht Show may very well be one of the first occasions in the year for players in the luxury yachting industry to get together and for meeting private clients to discuss current and future market trends in the industry.

The much anticipated 2020 Formula 1 season is finally getting underway next month following its postponement due to the global coronavirus pandemic, starting with the Austrian Grand Prix at The Red Bull Ring on Sunday 5th July.

The first eight races have now been confirmed with the FIA but as things stand at the moment and in line with many other sports that are starting up again, the initial Grand Prix will be closed events with no fans able to watch the races live at the circuits.

As things stand at the moment, the second round of the 2020 championship will take place on 12th July, again at The Red Bull Ring in Austria. The third race will be the Hungarian Grand Prix at The Hungaroring on Sunday 19th July.

With the COVID-19 situation being so fluid, it is hoped that the remainder of the season’s calendar can be published soon and Formula 1 hopes to hold somewhere between 15 to 18 races this year, with the season ending in December.

Naturally Formula 1 is working closely with each local race circuit, the FIA and all the Formula 1 teams to create the revised 2020 race calendar and has already put in place detailed guidelines to ensure the health and safety of everyone involved in the sport.

Lewis Hamilton ended the 2019 Formula One season in style by dominating and winning the Abu Dhabi Grand Prix at the Yas Marina Circuit by leading the race from start to finish as well as taking the extra point for the fastest lap of the race. It was the icing on the cake for what has been a fantastic season for Hamilton, who took his sixth World Championship at the United States Grand Prix last month. It is his fifth win here in Abu Dhabi and his eleventh win of the season.

Teammate Valtteri Bottas drove a very strong race, working his way through the backmarkers and field to finish fourth, just a second behind third placed Charles Leclerc, which was quite a feat seeing as he started from the back of the grid.

Max Verstappen, who has continued to impress and mature as a driver this season, brought his Red Bull home in second, to round off what has been a really strong season for the young Dutchman.

The other young driver who has grown in maturity this season is Charles Leclerc who has performed consistently well all season and, in some cases, outperformed his teammate, particularly in qualifying. His third-place finish in Abu Dhabi was his tenth podium finish this season.

Sebastian Vettel brought the second Ferrari home in fifth, having managed to pass Alexander Albon in his Red Bull on the second to last lap, but overall it was a disappointing result for the German.

Sergio Perez finished seventh, ahead of Lando Norris, after their scrap on the final lap, whilst Daniil Kvyat finished ninth in his Toro Rosso. Carlos Sainz’s pass on Daniel Ricciardo on the final lap meant that he managed to take the final point and claim sixth in the Driver’s Championship.

The 2020 FIA Formula One World Championship starts again in Melbourne on 15th March at the Australian Grand Prix.

Last month we celebrated the launch of the new winter menu and terrace at Lazeez Tapas in Mayfair which overlooks Selfridges in Duke Street. There were a gathering of regular customers and a few celebrities.

Some of the stars from The Only Way Is Essex came along for the evening celebrations, including Ella Rae Wise, 18, Chloe Ross, 26, and Kelsey Stratford, 18. Ella and Kelsey were wearing an oversized jumper dress while Chloe wore a plunging neckline and figure-hugging black midi-dress. 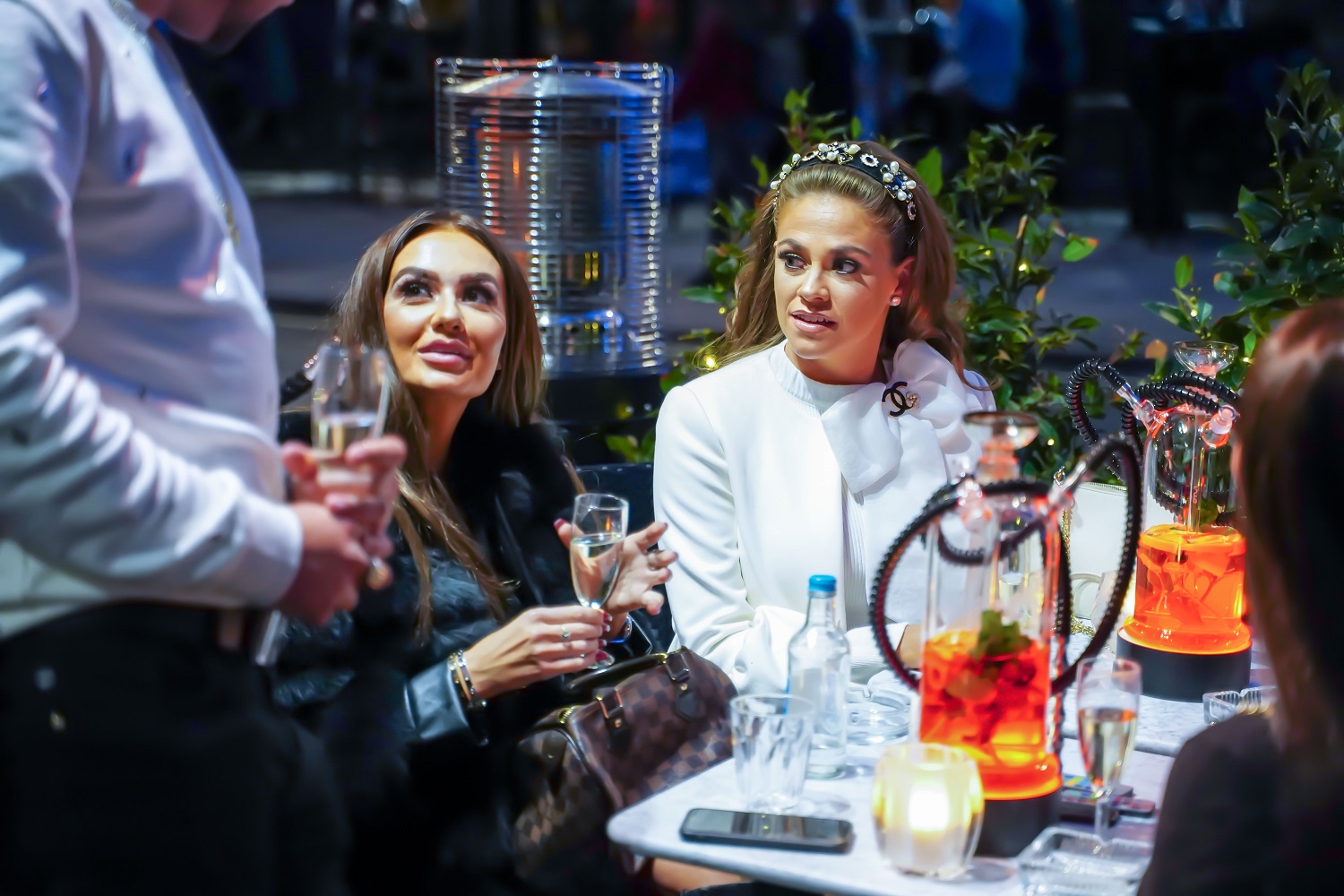 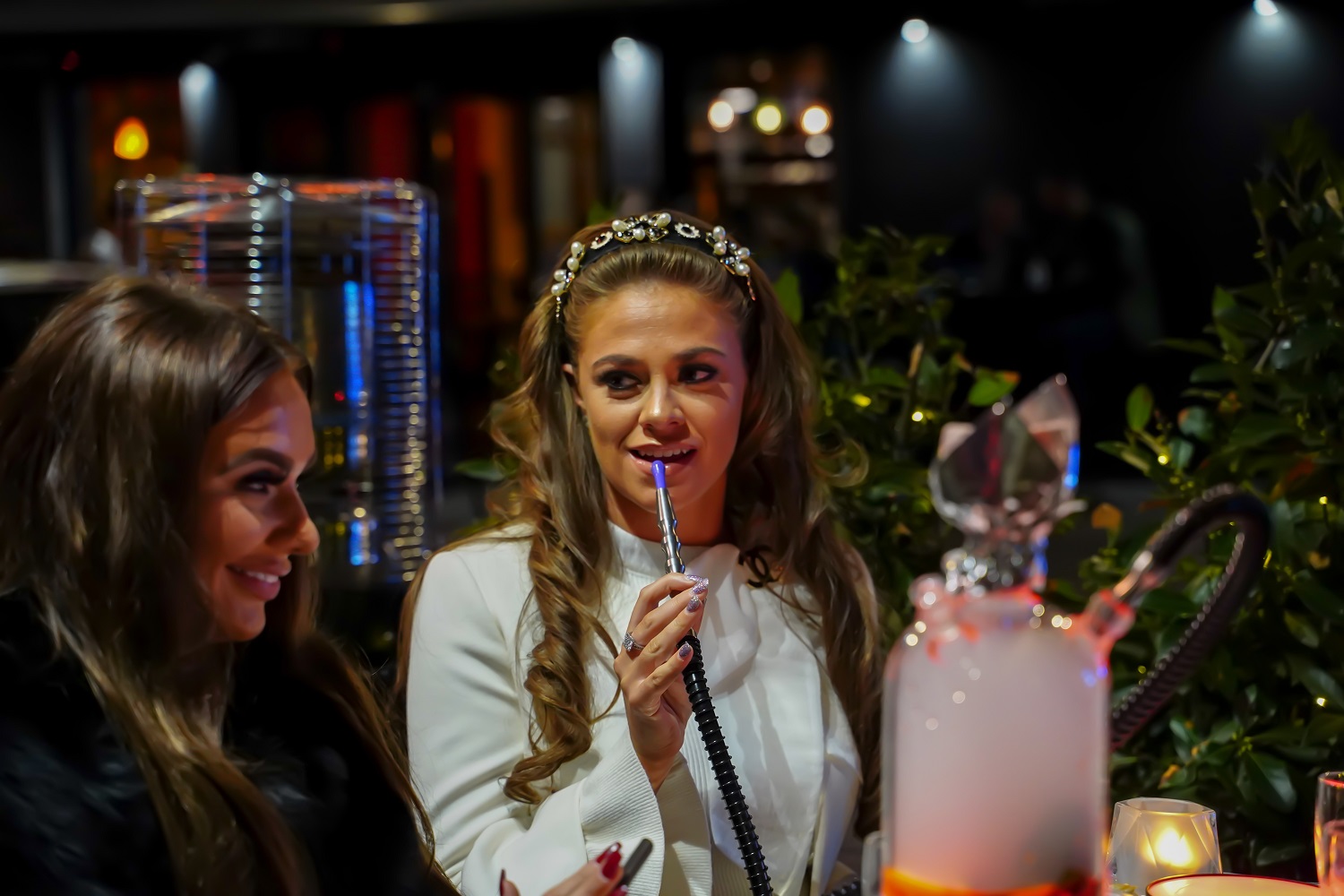 Chloe Brockett from TOWIE, also joined us on the new winter terrace, wearing a pair of leather trousers with a white blazer and sporting a scarlet handbag.

Nicola Hughes joined in the evening’s activities, as did Chloe Crowhurst from Love Island. One of the highlights of the evening was undoubtedly the belly dancer, who performed in front of the delighted guests.

The cosy Parisian Terrace at Liban Tapas in South Woodford has had a festive makeover to coincide with the launch of the new winter and festive menus.

The new winter Lunch and Brunch Menu offers something for everyone with a wide selection of delicious wraps, cold and hot tapas dishes and main courses, all served with a choice of fries or rice.

There is also a healthy range of salads and side dishes to choose from, such as the Shish Taouk and Fattoush salads.

Liban serves a new winter Brunch Menu on Thursday, Friday, Saturday and Sunday from 11:00am to 3:00pm, which makes for the perfect family weekend outing for the family.

This weekend sees Formula One teams and drivers competing in the sixth round of the 2019 FIA Formula One World Championship at the Monaco Grand Prix.

The weekend got underway on Thursday with two 90-minute practice sessions on the 19-turn street circuit that has remained relatively unchanged since the first racing cars started competing here back in 1929.

The Monaco Grand Prix actually predates the current World Championship. The first Grand Prix held in the principality was organised by Antony Noghès in 1929 through the Automobile Club de Monaco under Prince Louis II, who was president of the club at the time.

The first race was actually held on 14th April 1929 and was won by William Grover-Williams driving a works Bugatti Type 35B. The race itself was an invitation-only event, but not all of those invited attended.

Three-time world champion and Mercedes-Benz Grand Prix Ltd non-executive chairman, Niki Lauda, who sadly passed away this week, will be honoured at this weekend’s 77th Monaco Grand Prix with a minute’s silence on the starting grid prior to the race on Sunday.

Our services in the French Riviera

We are pleased to be offering our shisha services in the French Riviera and London this summer. Please email us at info@vshisha.com for any party or event enquiries you may have.